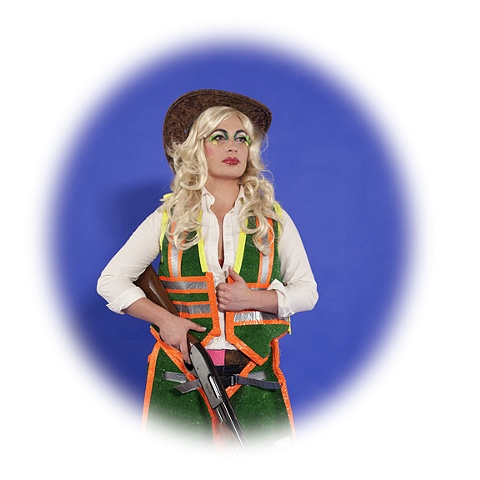 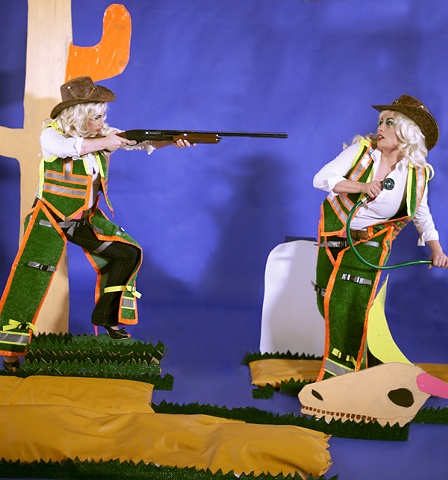 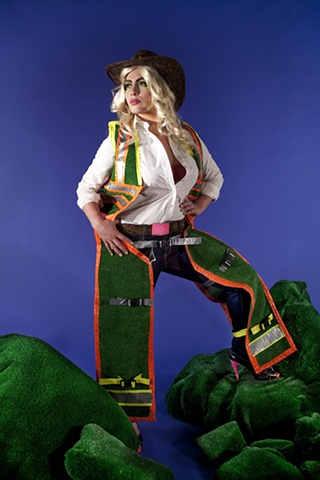 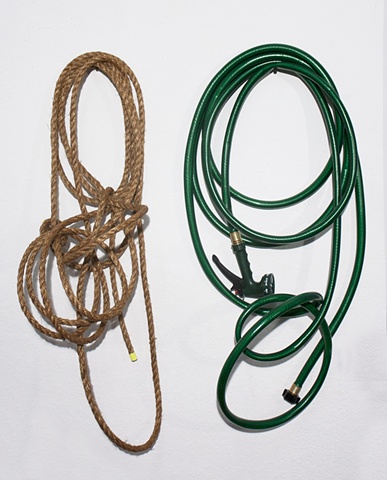 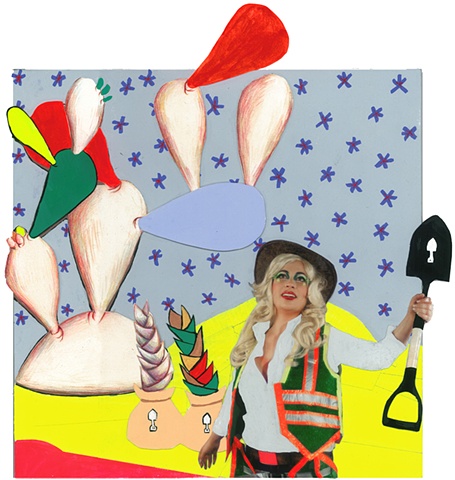 Triumph Over Evil (Out of the Mall)
photocollage, gouache, acrylic, and paper on hardboard
6” x 14” 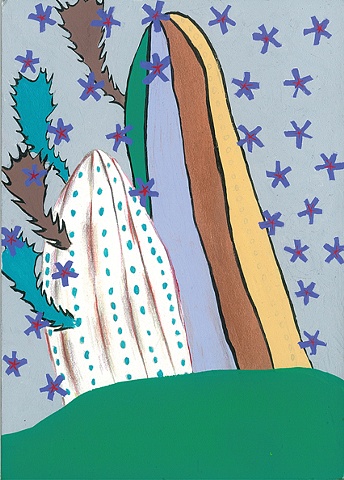 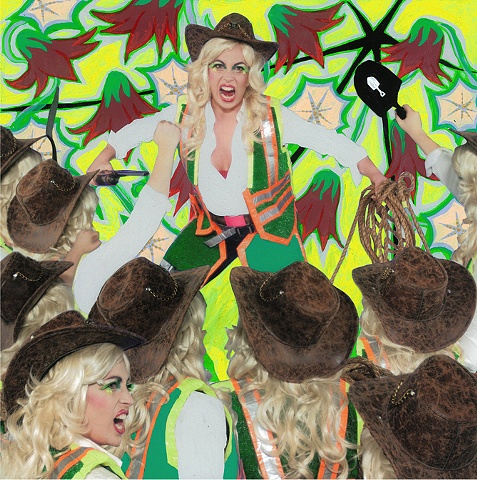 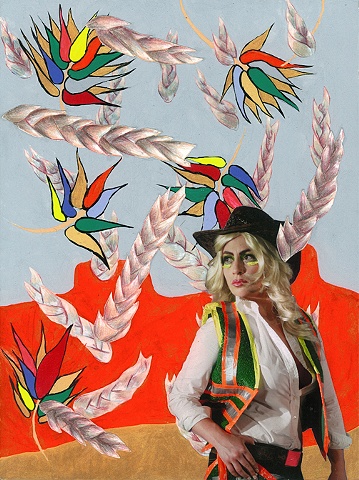 The Wild West as we know it became popular for its gunslingers, heroes, villains and trail riders through believable storytellers, exhibitions, photographs and drawings. Later, Hollywood made the West infamous and synonymous with an elaborate fantasy that still resonates today.

Growing up in the shadows of Hollywood and the birthplace of the Hollywood’s Wild West showstopper identity, I imagined a narrative that centers on Goldie Gallop, my own Wild West character for the contemporary acid landscape that California has become. The aesthetic choices I have made using a mixture of photography, drawing, painting, sculpture and installation create images are meant to examine and satirize the ideals of the American West.

The narrative is a set of severed Western inspired moments depicting Goldie’s character as someone who exists in a vacuum, somewhere between action and pose, heroine, sell-out and fake.